“The wall of separation between humans and Nature is created mainly by the selfish attitude of humans. They think that Nature has been created only for them to use and exploit in order to fulfil their selfish desires. This attitude creates a wall, a separation and a distance.”

Amma – From “Man and Nature”

Watching a DVD about the Antarctic last night, we were amazed about the story of the emperor penguins, who wait until winter begins to breed, and then go on a 20 mile walk from the open sea to their breeding grounds, which is on the older, thicker sea ice. What a marathon, walking 20 miles with tiny legs as well. They then breed, the female lays an egg, which uses all of her fat reserves, and the male then sits on the ice for months in the cold and dark of an Antarctic winter, with the egg on his feet, waiting for the female to return who walks off back to the sea 20 miles away to feed up. We found these birds incredible.

Amma always tells us to keep making effort with our spiritual practice, no matter what problems arise. Whatever difficulties we may have, surely we can feel inspired by these amazing penguins, who are totally undaunted by what look like insurmountable hardships, actually end up overcoming them.

Well it really does feel like a touch of spring is in the air. This is despite the snow we had a couple of weeks ago. The birds are starting to sing, and the crocuses and daffodils are coming up. We have had snowdrops out for a while. These are nice little reminders that spring is not that far away. Apparently some birds have already tried nesting. It seems a little premature sometimes, the way the plants and animals are so enthusiastic about spring. But they don’t seem to waste any time doing what needs to be done. Amma tells us the same thing. She tells us whatever we do, don’t waste time. It seems like the plants and animals have heard Her too!!!

On our allotment, there seem to be some long lasting effects from the flooding last year and this year. A number of perennial  (plants that grow for more than 2 summers) seem to have died. We had a number of lupins, which look like they may have gone. The aquilegias and foxgloves that we planted in the same area have done a little better. One lavender bush has also died. We won’t know about all this for sure for a couple of months, by which time all perennials should be growing.

The brambles, which we use as a hedge by winding it in and out of a fence, have grown prolifically, almost too much so. We are going to cut some of them back. Our fruit trees are noticeably taller then they were 12 months ago. A lot of trees and shrubs seem to have liked the wet weather.

Here is a photo of the River Swale in Yorkshire looking very full. 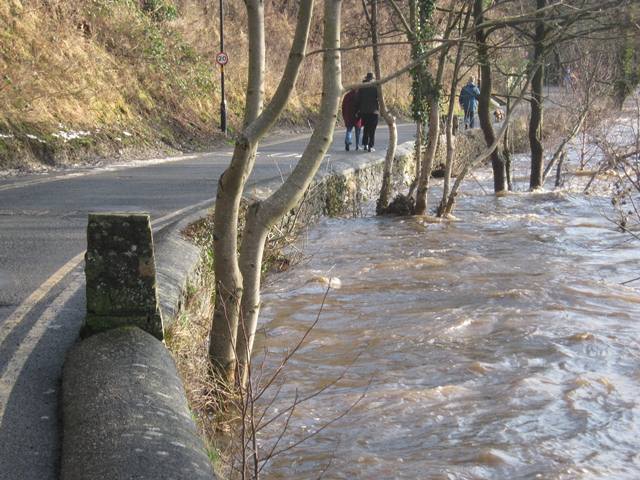 We have just sown about 30 broad beans in the greenhouse. They are in an incubator, like a mini greenhouse, to protect them from being eaten by field mice! The greenhouse temperature varies between -2°C and +25°C at the moment. The sunshine is helping to lift the day time temperature, but it is still cold at night.

We are pruning the fruit trees and bushes at the moment. Generally pruning is good when done in the winter, when the trees and bushes are dormant. After this we hope to weed around them and mulch them with wood chip.

We have just bought seed potatoes, which we will leave to “chit”. This is the term used to describe potatoes that are shooting. We put ours in the dark in a box or other container, while they sprout shoots upwards. When they are planted, the shoots won’t have so far to grow to reach the light. We are trying to grow early potatoes this year for the first time. 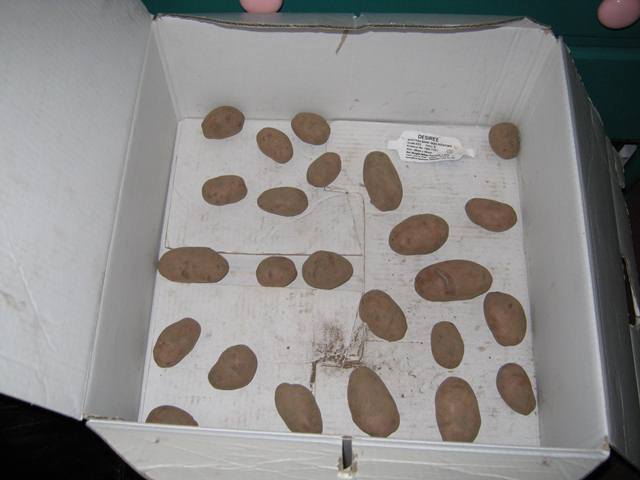 A couple of our veggie beds have had wooden planks embedded around their edges this winter. This stops weeds from growing in from the paths that surround them.

Our soil is in need of more organic matter, so we have been digging in bags of leaves collected in the autumn. We do notice a difference in the beds that have been worked over for a while, and that have had lots of organic matter added. We were hoping that the green manures (plants put in specifically to help the soil) would do some good in this respect, but the green manures we planted last year have mostly succumbed to cold, flood and mouse!!! The bed planted with field beans was covered with tiny holes where the mice have dug them up. Well, we don’t mind feeding these poor hungry creatures, but they could have left some, and not taken the whole lot. Ho hum!

Shorten your shower
Every minute you cut from your shower is roughly 5 gallons of water. The less time your shower takes, the lower your impact on the environment.

Select a WP Edit Snidget below to add it to your post or page. Yes, they can be used in content areas too!